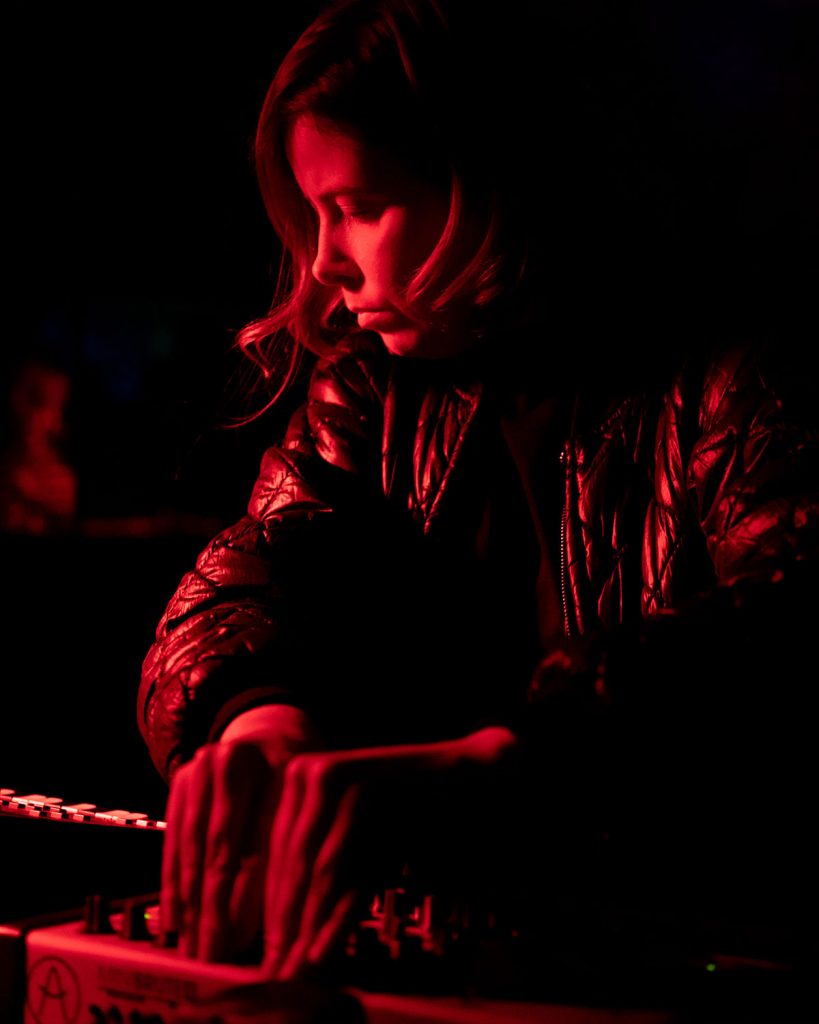 Restless Abandon is the result of a dissolution of boundaries – between rhythm and melody, between classifications of genre, between an immediate tumult of feelings and a yearning for something better. Spread across nine compositions, the album maps out a broad palette of moods and contexts. Throughout the release, Nina continues to contort her signature bright, kaleidoscopic synthwork into new forms. The productions bubble with broken drums, blazing fast rhythms, and constantly shifting tones. Each individual track mirrors the construction of the album, unfurling in progressions that feel spontaneous and at times unpredictable. Pensive ambient interludes slot among ecstatic, driving tracks, with the record evoking genre affiliations as broad as 90s electronica, IDM, generative synthesiser music, and minimalism.

Nina Buchanan channels the intensity and euphoria of dance music while shedding its usual linearity, a reflection of her own particular methodology of constructing sounds and arrangements. She works in collaboration with her machines through colliding tones and drum patterns; finding ideas in the spaces between, from the emergent rhythms, dissonances, and harmonics. Throughout the album, she muses on the transformative potential of technology and how that interacts with core parts of the human condition.

Nina provokes questions in listeners – how do we balance helplessness and hope, desire and exhaustion, compassion and rage? Restless Abandon provides no easy resolutions, instead creating a space for listeners to hold conflicting things in balance, even if just for a moment.

Producer and composer Nina Buchanan has carved out a singular space in the local electronic landscape, working at the intersection of club music, exploratory synthesis, and composition to build immersive soundscapes.

Buchanan’s kaleidoscopic take on dance music sits adjacent to hardware-based techno while carrying its own unique spirit and imagination. Her club-ready tracks centre expression, articulated through layered lines of glimmering texture and driving percussion. Bright, shimmering synth lines are looped while they undulate over and over, gradually forming a space for audiences to connect with their own feelings and intuitive perception of her sounds.

Restless Abandon is out now on digital and in limited yellow vinyl edition featuring cover art by Nina Buchanan.

Check out the whole album and order your LP now.