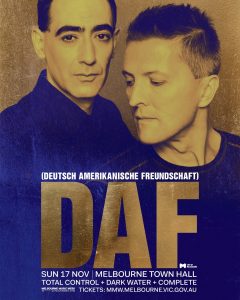 Dubbed the ‘Godfathers of Techno’, legendary German duo DAF (Deutsch Amerikanische Freundschaft) will make their Australian debut in an exclusive show for Melbourne Music Week. DAF are among the most important electronic artists of the 80s with their influence spanning a broad sonic spectrum still found in dance music today. Reaching mythical proportions, their international renown will come to a head for one very special night.

With their sometimes brutal, sometimes charming brand of garage punk, Total Control will broaden their sound palette with the addition of the Grand Organ to their legendary oeuvre. In support are three piece cold-wave outfit Dark Water, a band with an incredible live presence, who bring haunting vocals and 80’s nostalgia to their multi-layered sound as they premiere an entire set of music commissioned for the Grand Organ. Maintaining ambience between sets is local electronic performance artist, COMPLETE. 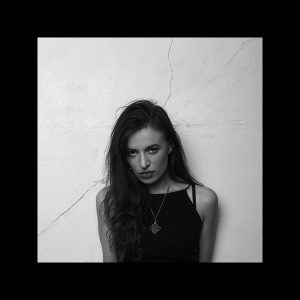 Friday 15 November 2019 at the Federation Bells

Melbourne’s iconic Federation Bells are set for a techno reimagining as electronic producer Elisabeth DIXON premieres an exclusive commissioned work with a free outdoor bush-doof in the city alongside the Yarra. Layering meditative drones beneath dark industrial beats, Dixon’s approach to sound design is rooted in both hypnotic, trance-inducing experience and the aggressive frenzy of industrial techno. Hear Dixon steer this public sound sculpture into wild new territory with a ground-breaking original set, supported by the hard-hitting drum and bass infused electro of NERVE and bass-heavy melodic techno of DJ-RMR.

This performance will be held at Middle Terrace, Birrarung Marr as part of Night Noodle Markets. Please note there will be bag checks at all entries, no alcohol in our out of the venue and IDs will be checked at the bars for anyone who looks 25 years or younger. For more information visit the Night Noodle Markets website. Visit goodfoodmonth.com/melbourne/night-noodle-markets for more information.

ELISABETH DIXON is a producer/live performer (Melbourne, Australia) specialising in experimental techno/EDM. Layering meditative drones beneath dark industrial beats, her approach to sound design is rooted in both hypnotic, trance inducing experience and the aggressive frenzy of industrial techno. Having performed steadily since her emergence in 2015, Dixon has played dance floors from the Mercat to Revolver, abandoned warehouses to Lounge, alongside respected artists like Daze, Chiara Kickdrum, Sleep D & OAKE (Berlin). Elisabeth Dixon’s debut LP, entitled ‘LP1’, is slated for release on October 5th 2016 on vinyl/digital through Trait Records (Melbourne) and Instruments of Discipline (Berlin).
https://instrumentsofdiscipline.bandcamp.com/album/lp1

RMR (Rachael MacRae) is a Melbourne based techno & electronic music DJ. She grew up listening to metal, punk rock & playing the bass guitar. Her love of loud music & bass evolved into dark, bass-heavy melodic techno. She relates to music and dancing as a form of therapy through which we can reconnect with the present, body and other. Performing since 2012, she’s shared the decks with international techno artists including Blush_Response, Borusaide, Prosumer and Nastia Reigel, and played alongside local talents including DJ Kiti, Λ / Π, Chiara Kickdrum and Adrian Bell.
https://soundcloud.com/dj-rmr 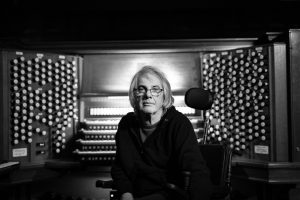 Australian electronic music pioneer Ash Wednesday has always been determined to innovate and explore. Emerging in the seventies with a mixture of so-called punk rock, tape recorder experiments and an analogue synthesiser, Ash was a founder member of seminal groups models, JAB, The Metronomes, Crashland, Modern Jazz and was a central figure in the development of Australian synthpop and minimal music throughout the eighties. He also collaborated with Karen Marks on her celebrated release Cold Café. In 1992 he travelled to Germany where he was later to work with Nina Hagen and the legendary Einstürzende Neubauten.

During the past 10 years Ash has been confronted with the onset of a debilitating ailment known as progressive multiple sclerosis (MS). Despite losing control of the right hand side of his body he has been able to utilise the computerised MIDI control capabilities of the Melbourne Town Hall Grand Organ to create a stunning new commissioned work for the instrument. After a self-imposed hiatus from creative processes, this composition can be considered as being the AfterMATH.

Throughout Ash’s music career he has been intrigued to find effective ways around the western preoccupation with the number 4 – the predominance of 4/4 timing and the seemingly mandatory construction of verse, chorus and c part (middle 8) in popular song construction. Ash has played with odd numbers, probability and chance in the compositions included within AfterMATH to create a ground-breaking self-generating sound work. In combination with the gargantuan 10-thousand-pipe Melbourne Town Hall Grand Organ, this conceptual approach will guarantee Melbourne audiences a truly unique sonic experience.

Opening the evening will be students from the RMIT Digital Media course presenting new specially created electronic works for the Grand Organ. 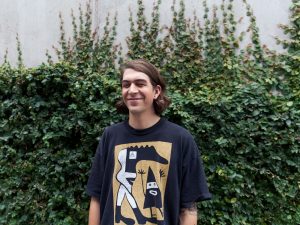 The Federation Bells are set for a spaced-out reimagining as cosmic electronica genius Cale Sexton premieres his new original work Sustain commissioned by City of Melbourne.

Hear the iconic outdoor sound sculpture like never before as Sexton combines the Bells with fresh realms of cinematic electro-synth and interstellar ambient techno in this very special free outdoor concert.

Sexton’s most recent album “Melondrama” (Butter Sessions) received rave reviews and has set him up as one of the true innovators in contemporary Australian electronica. 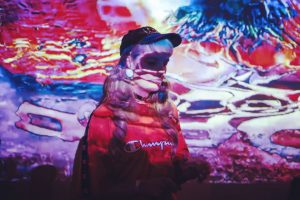 Thursday 23 May 2019 at the Federation Bells

The land where Birrarung Marr Park and the Federation Bells now stand were underwater: forming part of a system of rivers, creeks, marshland and lagoons, much of which today has been driven underground and away from the city’s conscious face. Now contained in a network of drains, some trace an underground path mirroring – or mocking – the rivers’ original flow. Using the City of Melbourne’s Open Data Platform, Bridget Chappell combines contemporary and historical data of local water management and water colonisation. Through a process of sonification – the musical representation of visual data – she performs an original work: an aural painting of the last 185 years of the Birrarung River (“Yarra”) and Narrm bay (“Port Phillip”) composed for the Federation Bells and cello, presented as an installation throughout Knowledge Week and performed live on 23 May, at the Federation Bells, Birrarung Marr. The proceeds of this work will go to FIRE organisation’s campaign delivering water to drought-stricken communities in Gamilaraay country (NSW), and Warriors of the Aboriginal Resistance.

Bridget Chappell is a sound artist and activist working on unceded Wurundjeri and Boonwurrung country. She believes art needs to do more than provide commentary on the issues it explores. She co-runs Sound School, an organisation upskilling and celebrating marginalised voices in electronic music, produces dance music as Hextape, and studies cello at Melbourne Conservatorium of Music.
.
Presented by City of Melbourne and Melbourne Knowledge Week 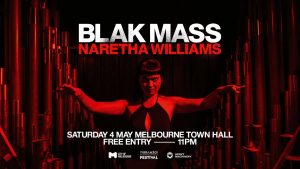 Blak Mass reflects on the city’s jarring civic history and the impact of colonisation on its First Peoples and Land, through an experimental, site specific musical performance developed for the Melbourne Town Hall Grand Organ. Blak Mass considers the Grand Organ as a significant symbol of European domination and reaches deep in to the psyche of the instrument to create a haunting, avant-garde sound work. 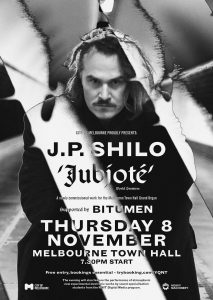 J.P. Shilo first appeared in the late 90s in the instrumental group Hungry Ghosts, “blessed with the ability to utter a million words with a single instrumental phrase and to turn a melancholy passage into a triumphant climax.” They quickly captured the attention of the late Rowland S. Howard who produced and played on their debut LP. They were invited soon after to NYC to record a follow up LP, Alone, Alone at Sonic Youth Studios by Steve Shelley, who produced and released the LP on his label, Smells Like Records.

Shilo, a multi-instrumentalist with many sleights of hand and a unique and highly sensitive approach has led him to be the “go-to” man, a conjurer of sonic landscapes for many artists. Flip through records in recent times by Mick Harvey, The Blackeyed Susans, Adalita Official and Rowland S. Howard, and you will find Shilo’s trademark approach and subtle atmospherics embedded deep within.

Shilo has toured extensively throughout the globe with his own group, Hungry Ghosts, solo and also with various acts including Cut Copy and The Triffids Official. A genre defying shape-shifter, in the one year he opened for Leonard Cohen, Daft Punk & Blondie.

Outside of the “Rock” scene, Shilo has also turned his skills towards writing film scores, providing soundscapes for many Australian productions. Fragile in their minimalist beauty then able to suddenly burst open with stabbing intensity.
https://hungry-ghosts.bandcamp.com/

Don’t miss this opportunity to hear how the huge emotional dynamic capacity of the Grand Organ, the largest Grand Romantic organ in the Southern Hemisphere, will interact with J. P. Shilo’s unique artistic practice.

Support on the night will be from uber cool goth-rock heartthrobs Bitumen.
http://bitumenbitumen.bandcamp.com

The evening will also feature the performance of atmospheric new experimental electronic works for the Grand Organ by sound specialisation students from the Bachelor of Design program at RMIT – Zagadka, Joseph Callaly and Mark Hooper.

Prepare to be transported. 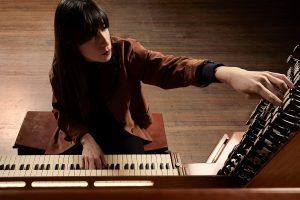 The City of Melbourne is proud to present the premiere of a new commissioned work for the Melbourne Town Hall Grand Organ: “The Queen Who Stole The Sky” by Sarah Mary Chadwick. Sarah is an extremely prolific and charismatic performer who utilises electric organ and voice to realise her heart-wrenching and emotionally raw songwriting practice.

To listen to Sarah’s music is to be a quiet observer to her thoughts on love, death and mental health. Sometimes this anguish bears itself in sullen, quiet moments, but more often torment manifests at the break of Sarah’s voice as she sing-shouts painfully vulnerable, self-aware lyrics.

The City is very excited to commission her to work with the Melbourne Town Hall Grand Organ, the largest Grand Romantic organ in the Southern Hemisphere.

In the past the city has commissioned original works for the organ from a range of classical, jazz, rock, electronic and experimental performers, but this is the first time it has commissioned work from an organist / songwriter. Don’t miss this opportunity to hear how the huge emotional dynamic capacity of the Grand Organ will interact with Sarah Mary Chadwick’s unique artistic practice.

The creative combination of these elements will surely result in the creation of something totally new for Melbourne audiences to enjoy.

The premiere of this new work will be on Friday the 15th of June at the Melbourne Town Hall. Free admission, bookings required. 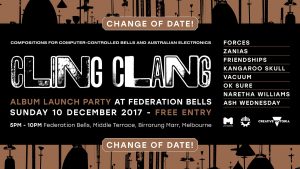 This outdoor electronic music event will also be the launch of the LP version of the project, released in November 2017 by Heavy Machinery Records in a limited pressing of 300 copies

presented by Heavy Machinery Records and the City of Melbourne 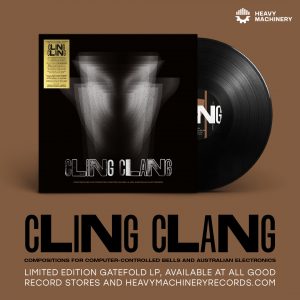 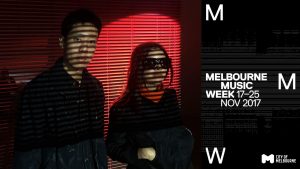 Heavy Machinery records is curating the Melbourne Room stage at the Melbourne Town Hall for the Miscellanea event on Sunday 19/11 as part of Melbourne Music Week. 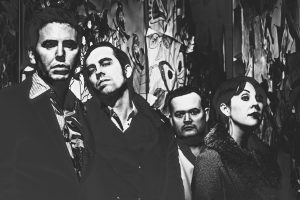 Trouble in the Air is best described as a cold dream of uncertainty & rupture.

Since forming in 2008, New War has toured Australia and the UK, played festivals including All Tomorrow’s Parties and MONA FOMA, shared stages with the Sun Ra Arkestra, My Bloody Valentine, Wire, EMA, Liars, Neu! / Harmonia and Laughing Clowns, been remixed by HTRK and Gossip, and received critical acclaim from publications such as The Quietus.

‘Trouble in the Air’ is the first new music from New War since 2013’s self-titled debut on ATP Recordings.